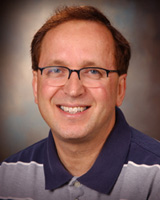 My research lives at the nexus of classical analysis and number theory. The tools are analytic, probabilistic, combinatorial and number theoretic with a central computational flavour. The computational techniques are sophisticated, require significant computational resources (hundreds of hours of grid computing in some instances) and the algorithms themselves are sometimes the central issue (as with the Merit Factor Problem).

Substantial symbolic and numeric calculation has led to the discovery of some rather beautiful analytic objects (series, iterations, etc.), and in many cases, such as the derivation of Ramanujan type series considerably aids the proofs. The questions that arise impinge on issues in approximation theory, number theory and computational complexity (not to mention the obvious Computational issues).

This research has also led to some of the most efficient known algorithms for various elementary functions and constants (a number of the recent record calculations of pi have used one of our algorithms). A pleasant by-product has been the detection of various phenomena of a kind probably not visible without substantial interactive computation.

Specific examples of problems of interest include the following "old plums" from diophantine and combinatorial number theory. These problems have all been open for half a century.

Show that any monic polynomial with integer coefficients that is irreducible and is not a cyclotomic polynomial has Mahler measure at least 1.1762 ...

For each n, find the polynomial of degreen and height 1 that have largest possible Mahler measure.

There is a constant c>0 such that any monic polynomial p of degree n with integer coefficients either has Mahler measure 1 or has at least one root of modulus at least 1+c/n$.

Find a polynomial of degree n with coefficients +1 and -1 only that has smallest possible L_4 norm on the unit disk. Or smallest possibe supremum norm.